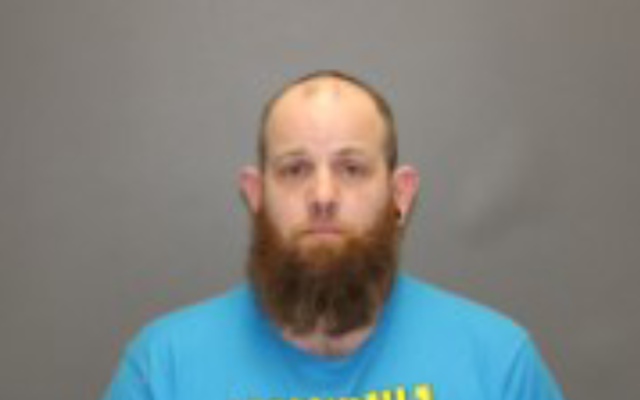 A Blue Earth man allegedly threatened a woman with a screwdriver before throwing the tools at her, and also choked and punched her.

A criminal complaint says Shumpert lived in the basement of the victim’s Blue Earth home when he “got drunk and lost it.”

Police say one of the victim’s eyes was bloody and swollen shut when they arrived on the scene.  She was treated by an ambulance crew.

The victim said Shumpert had sent her a text asking her to come to the basement and talk.  When she refused, he sent her a text that said: “I said now, or I’ll shank ya with a goddamn flathead,” says the charging document.

Shumpert then came upstairs and assaulted the woman in the bedroom, throwing two screwdrivers at her, punching her, and choking her until she couldn’t breathe, according to the complaint.

Police say they located a large amount of blood on the pillows and bedsheets in the bedroom.

Shumpert, police say, was lying on a bed in the basement with a child, and said he couldn’t move because the girl was sleeping.  But police say the child was wide awake and appeared frightened.

Police say the victim was able to grab the child while police helped Shumpert out of bed.

Court documents say a flathead screwdriver was located on his person, and Shumpert had blood on him, but he was not bleeding.  A bottle of open Black Velvet was found in his bed, says the complaint.