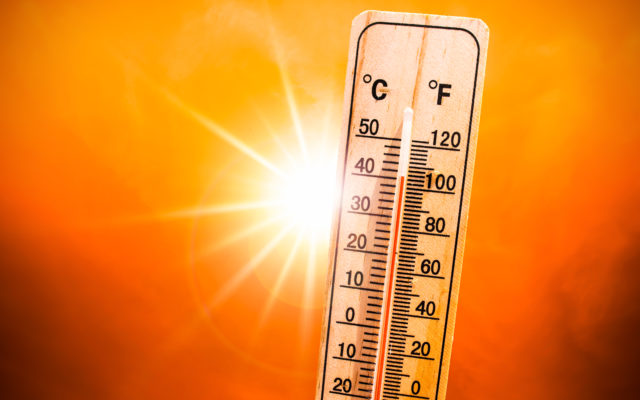 Background for a hot summer or heat wave, orange sky with with bright sun and thermometer

A Gaylord man left his dog chained outside on a sweltering day last week, leading to the animal’s death, say charges filed in Sibley County Court.

A criminal complaint says it was 94 degrees on the afternoon of June 8, when a Gaylord police officer responded to a call for a deceased dog on Lincoln Ave.

Police say the dog’s owner, Jorge Cervantes, 45, chained the dog – a male pitbull mix – to a trailer before he left for work at 8 a.m.  The charging document says the dog was “obviously deceased” when the police arrived at 1:14 p.m.

The responding officer didn’t see food, water, accessible shelter, or even sufficient shade for the dog, according to court documents.

The complaint says the dog was taken to the Arlington Animal Clinic, where it was determined that his temperature was 118 degrees, compared to the normal temperature of 102 degrees.

Police say Cervantes admitted to chaining the dog outside and said the dog was dead when he returned for lunch.  Cervantes has been charged with felony cruelty to animals in Sibley County Court.