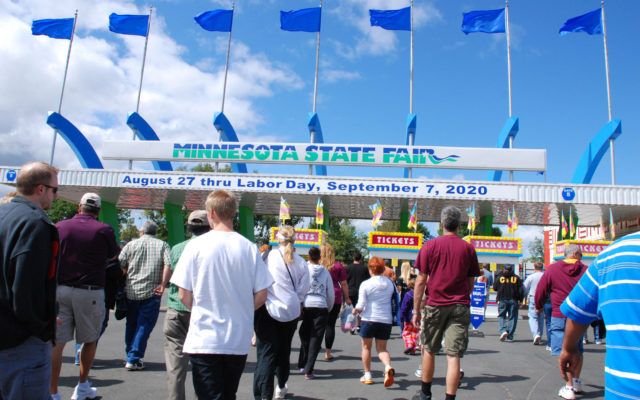 Friday is set to be the day the fate of the 2020 Minnesota State Fair is decided, according to multiple reports.

Tim Nelson of MPR News reports the State Fair board will meet Friday and is “expected to announce its intentions for 2020.” WCCO political analyst Blois Olson meanwhile reports that the “general consensus” for the Great Minnesota Get-Together has been that it “isn’t going to happen.”

The State Fair last month said it would wait before making a definitive decision, but did say it would be an “all or nothing” decision, and would not consider measures like capacity limits or alternative dates.

The 2020 State Fair is schedule to take place Aug. 27 through Labor Day, Sept. 7. On April 23, Gov. Tim Walz expressed doubt that it would be possible to practice social distancing while packing 2 million people into the fairgrounds over the course of 12 days.

“This pains me, pains me, pains me,” said Walz. “I wouldn’t make a definitive call, but I don’t want to give any false hope on this. I think it’ll be very difficult to see a State Fair operating. I don’t know how you social distance in there.”

Last year’s fair drew in a record 2,126,551 visitors, meaning elbow-to-elbow crowds are common for the 12 days of food and fun.

“That’s the charm of the Minnesota State Fair. Unfortunately, that is the worst thing for COVID-19 control,” Walz said April 23. “I just think it’s going to be a hard lift, but we’ll hope.”

This week, Gov. Walz indicated that the peak of the COVID-19 outbreak in Minnesota could arrive any time between mid-to-late June and early August.

The predictability of an event or gathering has played a large role in the state’s response to the pandemic. Events with low predictability for the movement of people, like the State Fair and sporting events, are among the last things expected to be allowed to resume even partial operations so long as there is a threat of COVID-19 being spread from person-to-person.