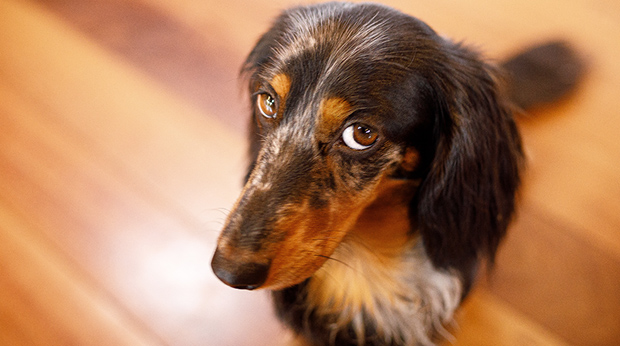 Say your dog just chewed up your favorite pair of shoes… and after you scolded her, she gave you the saddest expression and walked away with her tail tucked between her legs. Does that mean your dog feels GUILTY? According to Dr. Alexandra Horowitz from the Dog Cognition Lab at Barnard College: No!

Dr. Horowitz did a study where she filmed dogs after their owner had told them NOT to eat a treat, and then left the room. Some of the dogs obeyed their owner’s command, while others went ahead and ate the treat. But in almost every case, if the owner returned and scolded the dog, the reaction was the same. Dogs adopted that submissive “eyes-down, and tail-between-the-legs” posture.

But Dr. Horowitz says that doesn’t mean your dog feels guilty. Instead, what’s likely going on is your dog knows you’re angry, and they’re not sure why – because they were just following their instincts. But what your dog DOES know is you’re the boss. So, they adopt a submissive posture.

That’s why Dr. Horowitz says don’t bother punishing a dog’s bad behavior – unless you catch them in the act, they won’t put two and two together. Instead, it’s more effective to reward their good behavior as it’s happening. And in the meantime, don’t put your shoes where your dog can easily chew them!