If You Like Piña Coladas, You’ll Love Fanta’s New Flavor 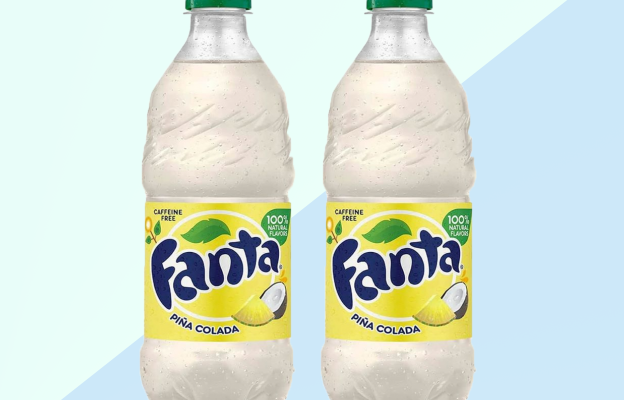 In the world of Coca-Cola, it looks like February 10, 2020 is going to be a big day for new-ish flavors. Not only will the world finally have access to the combination of Cherry and Vanilla Coke, but it looks like we’ll soon be blessed with a new flavor of Fanta made for those who like getting caught in the rain but aren’t into yoga.

If you didn’t pick up on the reference, what I mean to say is Fanta is set to release a Piña Colada-flavor. That’s at least if information sourced from Instagram account @CandyHunting, who has a pretty decent track record with these sorts of things, is correct.

As the name and evidence from the label implies, this caffeine-free soda’s taste is based on the non-alcoholic building blocks of the classic rum-based cocktail. Pineapple and coconut combine for a tropical taste, making for a potentially creamy(?) twist on Fanta’s existing bright-yellow pineapple flavor.

On that note, this particular Fanta product launch does stand out in one very notable way: it looks practically translucent. With so much of Fanta’s visual identity based around the bright, bold colors tied to the fruits of each flavor, Piña Colada seems to represent a striking break from the norm.

And while it’s new to U.S. audiences, Piña Colada Fanta didn’t come completely out of nowhere. Apparently, it was a limited-edition Fanta made available in Europe way back in 2000, which was long ago enough that nobody who had it back then could probably remember what it tastes like anyway.

So if you like Piña Coladas but don’t want to go through the trouble of actually making one, Monday, February 10 is your lucky day. Just don’t try to mix it with Cherry Vanilla Coke because that would be pretty weird.