(Mankato, MN) – Mankato police say an intoxicated man is behind bars after he fired a weapon Tuesday afternoon.

A female motorist reported to police she had been westbound on Stadium Road when Spencer walked into the roadway near Heron Drive, causing her nearly stop to avoid hitting him.  The woman said she heard a “pop” following a short, visual confrontation between driver and pedestrian. 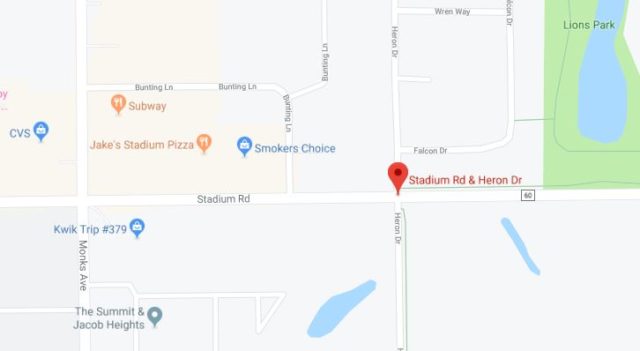 Officers arrived in the area and found Spencer walking southbound on Heron with a black handgun sticking out of his pocket.

It was determined that Spencer had fired the gun, but it didn’t appear that he had hit anything.  Police say there were also no reports of anything being hit following the incident.  A casing was recovered at the scene.

Police believe that Spencer intentionally fired the gun.  “I don’t believe it to be accidental at this point,” said Schisel.

An investigation is still active.  Spencer faces possible charges of 2nd-degree assault, reckless discharge of a firearm, and carrying a pistol while intoxicated.

Schisel says it’s legal for a permit holder to carry a gun when under the influence of a small amount of alcohol, about .04%.  He confirmed that Spencer does have a valid permit.

16 hours ago
Connect With Us Listen To Us On