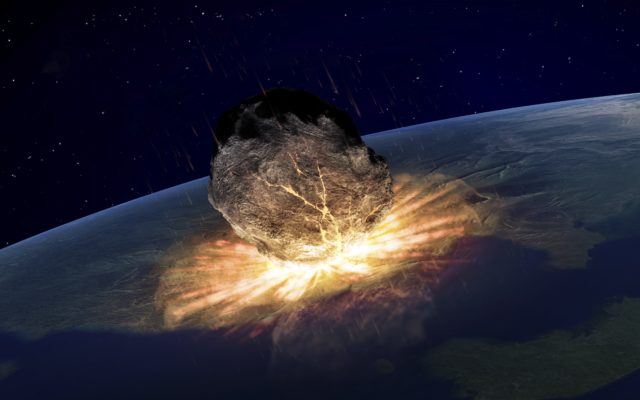 Artwork of an asteroid hitting earth.

Neil deGrasse Tyson is no stranger to making out of this world commentary, but his news about an impending asteroid could give people a shock. According to Tyson’s social media, “”asteroid 2018VP1, a refrigerator-sized space-rock, is hurtling towards us at more than 25,000 mi/hr.”

For anyone wondering what could happen if the asteroid hits Earth, Tyson says damage would be minimal. “It may buzz-cut Earth on Nov. 2, the day before the Presidential Election. But it’s not big enough to cause harm,” he said. “So if the World ends in 2020, it won’t be the fault of the Universe,” joked.

1 hour ago
Connect With Us Listen To Us On