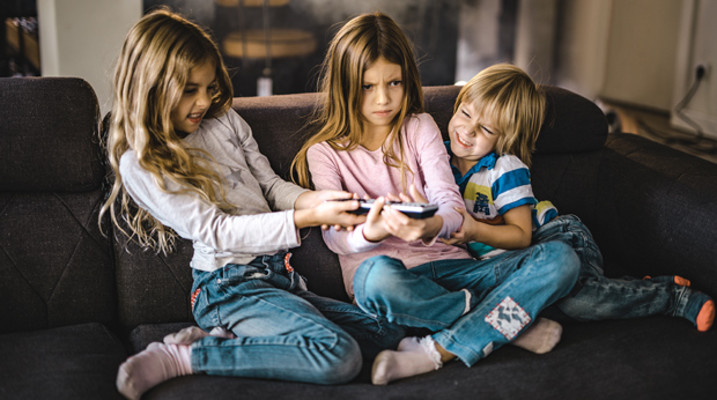 Sibling rivalries are a fact of life… Or are they? It turns out, psychologists have identified some simple parenting techniques that are proven to help siblings argue less, and get along much better. Here’s what to keep in mind, according to psychologist Dr. Laurie Kramer, founder of the Family Resiliency Center in Chicago:

First, always praise good behavior. Dr. Kramer says one of the dangers of only speaking up when kids misbehave is it often sends the message that’s the ONLY way to get your attention. But kids need to know you also notice when they play nicely, and help each other out.

Also, when it comes to discipline, avoid comparison statements that seem to pit one child against another. For example: “You’re older, you should know better”… or “She’s smaller, and not as strong as you. Let her have that toy.” Dr. Kramer says comparison statements often make kids feel like rivals, instead of teammates. And if you make exceptions to rules just because someone’s younger, smaller, or weaker, that’ll create resentment that builds over time!

Dr. Kramer says we should also model good behavior for our kids, on how to play fair. Say, by letting the kids see you and your partner take turns sharing the remote, to decide what to watch on TV… or letting them hear you discuss how you’ll share responsibilities, like chores.

14 hours ago
Connect With Us Listen To Us On