(Mankato, MN) – The Minnesota State Patrol is seeking a driver who fled the scene of a crash in Waseca County on Monday evening at 7:17 p.m.

According to a crash report, a Chevy Cavalier driven by a Sisseton, SD woman was westbound on Highway 30 east of New Richland when it rear-ended a westbound Pontiac G6 that was attempting to turn south onto 160th Street. 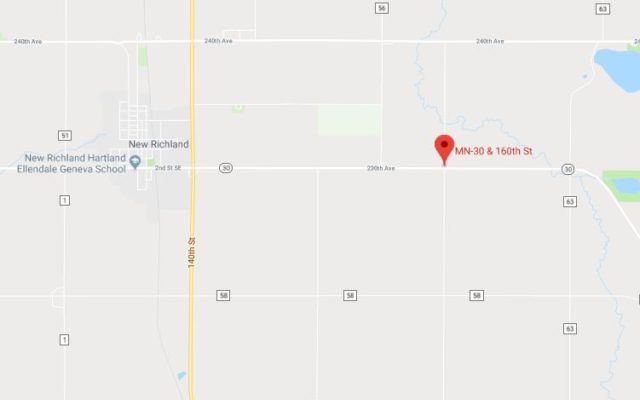 According to Sgt Troy Christianson of the state patrol, the driver left the scene of the crash, leaving four passengers behind.  Among them were two 13-year-old boys, a 12-year-old girl, and a 19-year-old woman.

Christenson said the state patrol is working with the passengers to identify the driver of the G6.

The 26-year-old driver of the Cavalier and her 26-year-old male passenger were both treated at Mayo Clinic Mankato for non-life threatening injuries.

The crash remains until investigation.