STUDY: A Fat Tongue May Make You Lose Sleep 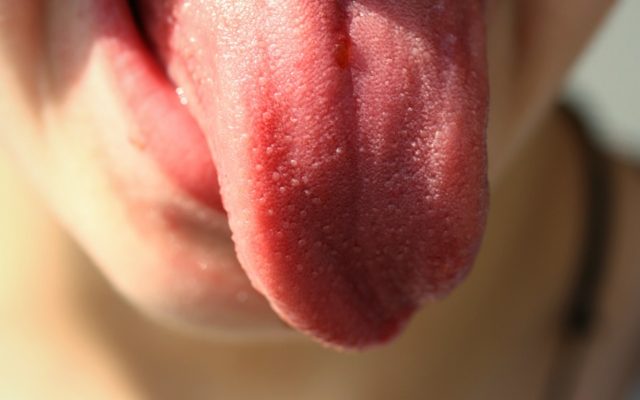 You might have heard of thigh gaps and hip dips — health-world terms for problematic areas of the body. Now, the newest concern is tongue fat.

Researchers recently discovered having a fat tongue can potentially ruin your health. Over one billion people struggle with obstructive sleep apnea globally, leading to snoring, choking, gasping, the temporary ceasing of breathing and ultimately, disrupted sleep and health problems.

“The question then was if you reduce the fat in your tongue, does that improve your sleep apnea? And the answer from our paper is ‘yes,’ ” said Penn Medicine sleep specialist Dr. Richard Schwab, the lead author of a new study published Friday in the American Journal of Respiratory and Critical Care Medicine.

Obesity is one of the main risk factors for the condition. Obese people with obstructive sleep apnea have much larger tongues with more tongue fat than obese people who do not have the condition, according to a previous study by Schwab and his team.

While there are no special tongue exercises to target tongue fat percentages, the study found that a fatty tongue can be trimmed down as overall body fat decreases.

Using an MRI imaging, researchers measured the effect on upper airways of a 10% weight loss in 67 obese patients. The images revealed a reduction in tongue fat as the main reason overall sleep apnea scores improved by 31%.