STUDY: Going to Movie Theater ‘Counts as a Light Workout’ 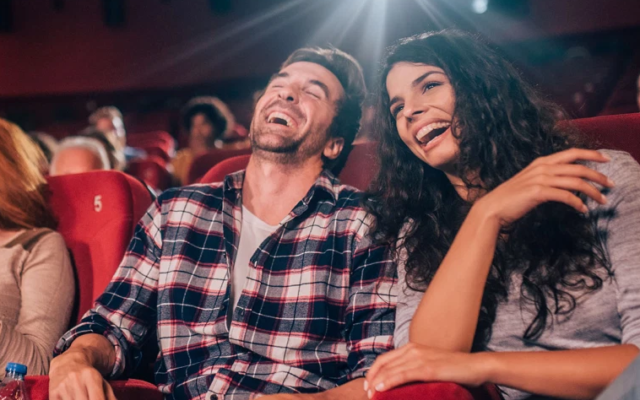 Sitting through a film at the cinema could be considered light exercise, according to researchers at the University College London (UCL), who found that movie-goers often experienced heart rate increases equal to about 40 minutes of low-impact cardio.

The trip to the movie theater makes all the difference, scientists believe. Whereas film fans are easily distracted while watching at home, the unbroken concentration involved in seeing a movie at the cinema is the key to their finding.

This means a movie night could be good for our minds, too.

The study, paid for by UK-based Vue Cinemas, observed 51 participants as they watched the 2019 live-action remake of “Aladdin,” with sensors tracking their heart rates and skin reactions during the film. Their results were compared to a group of 26 others who spent that same amount of time reading.

A normal resting heart rate is between 60 and 100 beats per minute. The results showed that those who spent 40 minutes in a movie theater reached a “healthy heart zone,” with rates landing somewhere between 40% to 80% of its maximum rate — about 95 and 160 beats per minute for an average middle-aged adult. This level of heart activity could be compared to brisk walking or gardening, researchers say.