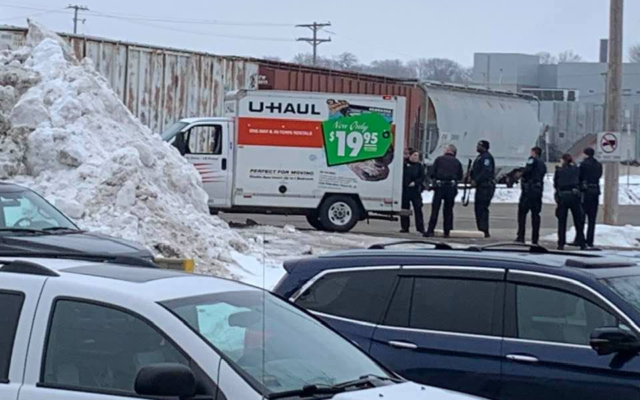 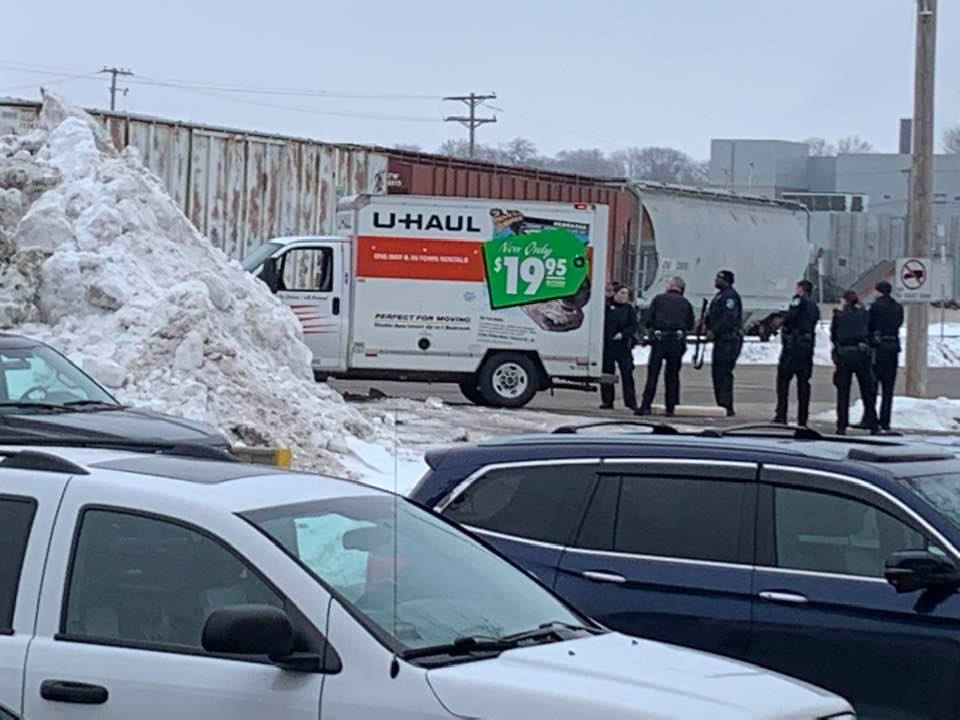 Associate Director Dan Schisel said the incident began after a U-Haul and a pickup turned southbound off Highway 169 at the Veteran’s Memorial Bridge.  Schisel said there was an altercation between the occupants of the two vehicles, either verbal or gestures before both pulled over at the area of 2nd and Walnuts streets.

According to Schisel, the driver of the pickup began walking towards the truck when someone pointed what appeared to be a handgun out the U-Haul window at him.

The pickup driver walked away, according to Schisel, but followed the U-Haul as it drove off.  Schisel said when the vehicle was in the area of Cherry and 2nd Street, the driver switched positions with a passenger before the truck continued north on Riverfront Drive.  A felony stop was conducted by police at North Riverfront Drive and Spring Street.

Ayla Tanya Dee Groethe, 43, was identified as the driver of the vehicle and arrested on possible charges of DWI and drug possession.

Christopher Michael Chustz, 27, was arrested on suspicion of drug possession.

Pierre Markel Tieh-Bryant, 22, was identified as the man who pulled the gun.  He was arrested on possible charges of second-degree assault with a dangerous weapon.

Schisel said the suspects tested positive for meth.  A replica BB gun was found in the vehicle during the stop.