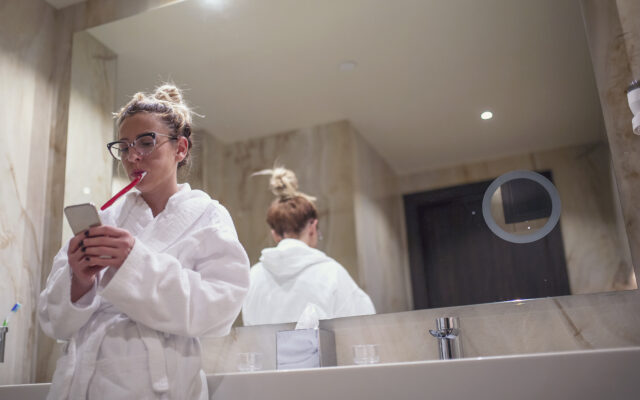 In a TikTok video, the woman, named Reina, says she has several reasons for only showering once a week. She lists several reasons for her infrequent bathing, including that she doesn’t like it, and that it takes too long. “From warming the water up, to getting into the shower, to doing all of the necessary shower things, to getting out of the shower, to drying off, to waiting for my hair to dry” … Reina lists the reasons why she finds the process tedious. She also doesn’t like the feeling of wet hair or the sound of the blow dryer. And, finally, she says showering less often is less wasteful.

Oh, and Reina claims that since she started showering less, her eczema, dry scalp, and dry skin issues have improved.

Most comments were not in her favor, and included things like, “Tell me you’re single without telling me you’re single,” “Just go get in the shower,” and “I feel like we should all know less about each other.” (The Sun)