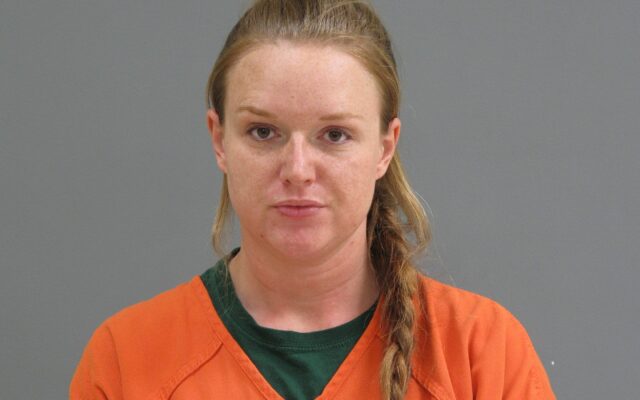 A Mankato woman accused of burning down her trailer home last week also shot and killed her boyfriend’s dog, according to charges filed Monday.

A criminal complaint says a 911 caller reported the fire April 15 at a trailer at 407 Elm Dr.  The caller said they’d seen someone fleeing the scene at a high rate of speed in a silver vehicle.

Witnesses reported seeing the silver vehicle back into the driveway, then hearing a crash that sounded like glass breaking.  A woman with her hair in a bun was seen ran away from the home, according to the complaint.  A witness was able to photograph the vehicle as it fled.

Dewar was identified as the owner of the home and the silver vehicle.

Mankato Fire Marshall Sean Hayes identified multiple areas in different rooms where an accelerant had been poured, says the complaint.

The complaint says Dewar later called 911 to report she was in rural Eagle Lake, where she’d stolen her boyfriend’s gun and shot his dog.  She also admitted to starting her home on fire, according to the complaint.

Police found the deceased dog in a bedroom in the Eagle Lake home with a single gunshot wound to the chest. A revolver was also found in the bedroom and secured by officers.

Dewar’s ex-boyfriend, who lived at the home, told police the couple had recently split and she was not allowed in his house without him present.

22 hours ago
Connect With Us Listen To Us On