Why Does A Man Choose A Woman Like His Mom? 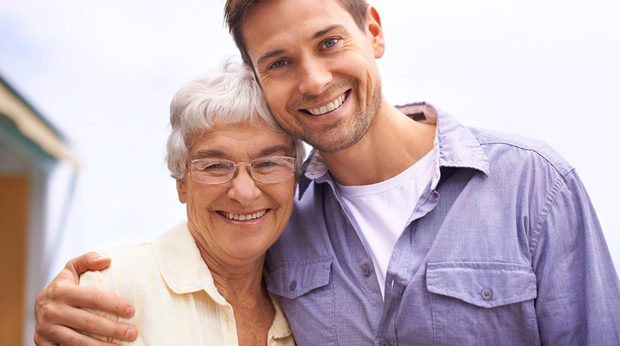 There was an old barbershop quartet song from 1911 called “I Want A Girl, Just Like The Girl That Married Dear Old Dad.” And psychologically speaking, that song was spot on.

According to a new study, the “type” of woman a guy is most likely to fall in love with is someone who reminds him of his MOTHER. In fact, researchers talked to dozens of men and women in long-term relationships, and they compared them, physically and mentally, to their opposite-sex parent. Time and time again, the men were more likely to be with a woman who looked and acted like their Mom.

But guys, know this: Most experts say it’s dangerous to be with a “Mom-a-like” if you have a complicated relationship with your Mom. Eventually, the things that drive you crazy about your Mom will trigger the same negative reaction with your girlfriend, and you’ll start resenting her. Or worse, you’ll expect your partner to provide the care and emotional support that you never got from your Mom.

One more thing: Psychologists say this new study is bad news if you’re a total Mama’s Boy. Even if you choose a partner who reminds you of all the great things you love about your mother, in your mind, no one will ever live up to the woman who gave birth to you. So your partner will always be at a disadvantage trying to make you happy.

13 hours ago
Connect With Us Listen To Us On