Add These Foods To Your Diet To Avoid Alzheimer’s! 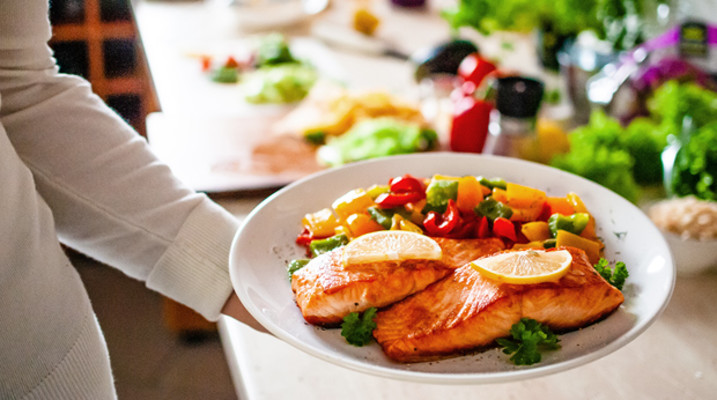 Here’s some great news: Alzheimer’s is an illness that can be avoided by making lifestyle changes! And the earlier we start, the better. That’s according to Dr. Richard Isaacson, director of the Alzheimer’s Prevention Clinic at Cornell University Medical College.

In fact, Dr. Isaacson says that anyone under 40 can practically guarantee a dementia-free old age by staying mentally and physically active, reducing their stress, and making these dietary changes:

#1: Cut out processed foods. Every time we eat something that spikes blood glucose levels – like fast food and refined carbs – our hippocampus takes a hit. And that’s a big deal because that’s the area of the brain responsible for memory and spatial navigation.

This next tip cuts the risk of dementia by 35%: Fill half your plate with vegetables – especially dark, leafy greens. Because studies show a vegetable-rich diet prevents the inflammation that’s associated with cognitive decline.

Another anti-Alzheimer’s tip: Eat cold-water fish twice a week. It boosts blood flow to the brain, and reduces plaque buildup, a top cause of Alzheimer's.

Finally: Dr. Isaacson says we should eat berries 3 times a week, and enjoying a square of dark chocolate every day. In studies, doing that delayed cognitive decline in seniors. It’s down to the flavonoids in chocolate and berries that keep brain cells functioning normally.

6 hours ago
Connect With Us Listen To Us On