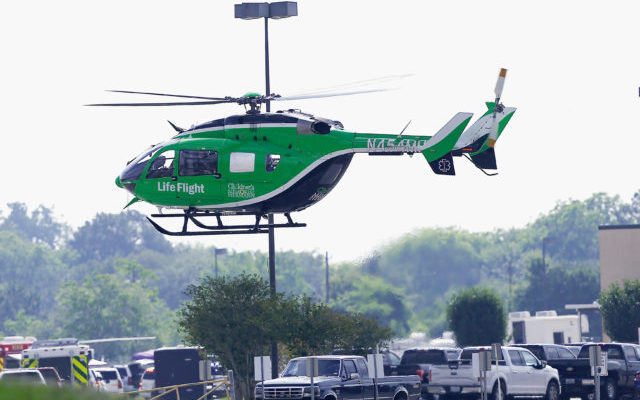 (Mankato, MN) – A Lamberton woman was airlifted with believed non-life threatening injuries after her vehicle collided with a semi on Highway 14 in Redwood County Sunday evening.

Misty Ann Green, 35, was transported by air ambulance to Sanford Medical Center after the crash, which happened at llex Street in Lamberton.

Green was northbound on Ilex (County Rd 6) when her Toyota Rav4 collided with a semi that was eastbound on Highway 14.  The semi, a 2001 Freightliner, was driven by Jason Lange Heck, 39, of Garvin.  Heck wasn’t injured.

Both drivers were wearing seat belts, according to the state patrol’s crash report.  The report put the crash time at 6:22 p.m.

Roads were snow and ice-covered at the time of the crash, according to the patrol.