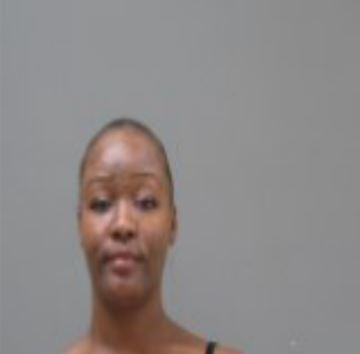 A woman is facing criminal charges after she allegedly threatened a man with a machete at a Mankato grocery store.

A criminal complaint says a man walking into the downtown Riverfront Hy-Vee store last week was nearly struck by a van.  The man told investigators he’d gestured with his arms up towards Brown, who was driving the vehicle, according to court documents. Brown then allegedly came storming towards the man with a machete in hand, swearing and yelling.

The complaint says the frightened victim ran into the store, where Hy-Vee employees escorted him to the back to keep him safe.

The victim told police he had never seen Walker prior to the incident.

A witness corroborated the victim’s account and gave police a license plate number which investigators say is associated with Brown.

Police say Walker can be seen in surveillance video “clearly pursuing” the victim while carrying the machete with an approximate 18-inch blade, according to the complaint.

Walker was taken into custody.  She admitted to going after a man for saying something to her, says the complaint.

6 hours ago
Connect With Us Listen To Us On