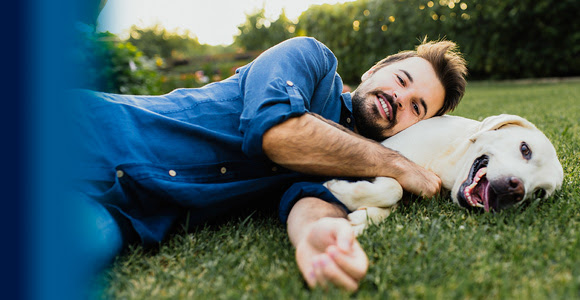 According to a brand new Harris Poll survey, millennial men, between the ages of 24 and 39, are more likely to pamper their pooches compared to female pet parents. For example:

According to the poll, male millennial pet owners are 10% more likely to buy their pet organic pet food than female owners.

Men are also more likely to take their pets to daycare and to celebrate their pet’s birthday with a party. In fact, Millenial men are twice as likely to throw their dog a birthday bash as women!