(New Ulm, MN) – The suspect of a police pursuit was hospitalized after an early-morning rollover in New Ulm.

The NUPD says an officer attempted to stop a Chevy Malibu near the intersection of North Broadway and 6th North Street for a traffic violation minutes after midnight Monday.  According to a press release sent from the department, the suspect initially appeared to be pulling over, then accelerated and led police on pursuit north on Broadway. 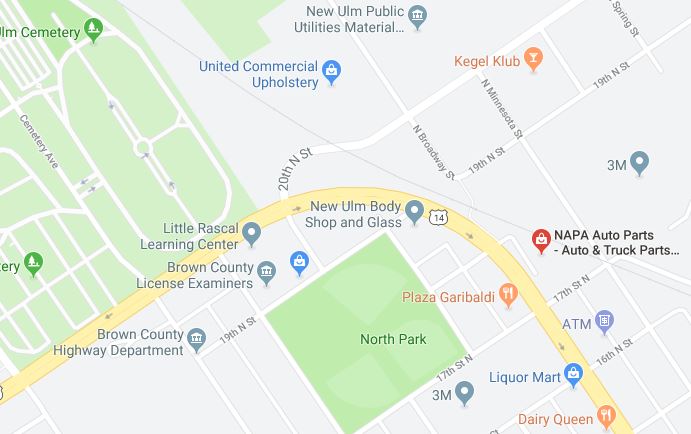 The chase ended on 20th Street North just over the railroad tracks when the Malibu failed to negotiate a curve and rolled, landing on its roof east of the tracks, according to Commander Dean Barstad with NUPD.

The driver of the vehicle was identified as 28-year-old Patrick Jerry Moses Jr.

Moses was transported to New Ulm Medical Center and hospitalized as a result of injuries sustained in the crash.